Who had one of the biggest singing voices of the 80’s hardcore scene? Hands down, I would say Gary Floyd. This dude can really fucking sing – if Ella Fitzgerald and Jello Bifaria had a bastard, he would be their offspring. His Texas band The Dicks rocked stages all over the state with their homies The Big Boys before relocating to San Francisco.

Their album Kill From The Heart released on SST records was raging political statement that I still love to this day (so many of his lyrics still ring true!). When I moved to the Bay Area in the 80’s, The Dicks were a band that I always made an effort to go see, because they packed such a HUGE punch live. If I was not under Gary’s spell, I would be watching their drummer Lynn, who would beat the shit out of her kit.

Cindy Marabito has just released her documentary about them called The Dicks From Texas, and if it comes to your town make sure to check it out. Right here and now, peep this killer footage from a The Dicks show that took place in 1985. I will always and forever love Gary Floyd’s voice, it still gives me chills!

Intro: The Dicks From Texas 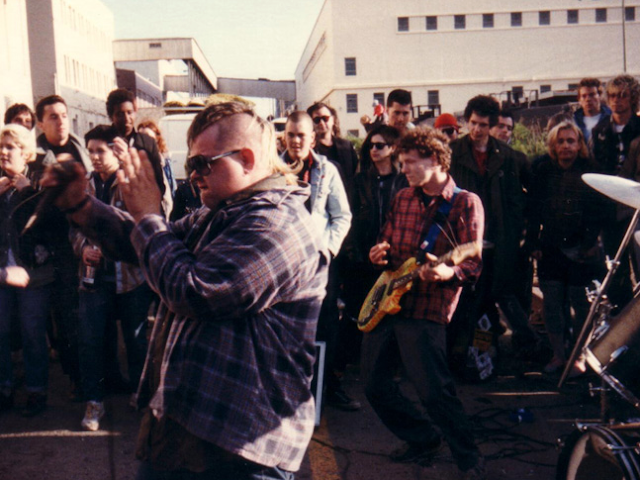 Sean Reveron was born & raised in Venice Beach, CA. He terrorized the streets of the West Side as a young Suicidal Boy, and was a part of the early Hardcore movement. Sean has always been passionate about the music and the DIY fashion of the crust and metal world, and that passion led him and his wife Meghan to create the world of CVLT Nation and the CVLT clothing brand.
http://www.cvltnation.com/the-bluesy-band-of-80s-hardcore-the-dicks-1985-rare-footage/
Posted by Pit Bulls and Other Animals at 4:42 PM