“The Dicks from Texas”: The influential punk band who were hometown heroes to Austin’s misfits

“If you were a misfit, The Dicks’ music was for you.” Those words open up the documentary The Dicks From Texas, now featured on Night Flight Plus.

While the Ramones were the kings of punk rock on the east coast, Black Flag on the west, and the Clash coming out of England, in the late 70s, Austin seemed like an unlikely place for a punk band with a gay lead singer to emerge from.


“Here in Texas, you really have to put this into context of Austin, which kind of seems like a liberal cool place now,” reveals author and photographer Bill Daniel in the documentary. “It just wasn’t like that in 1979 and ’80.” 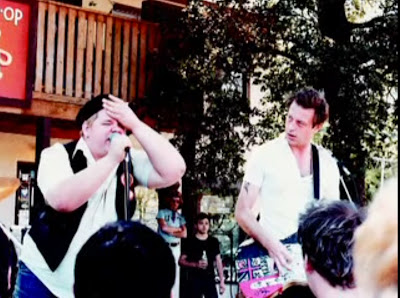 According to Mark Kenyon: “There was a real cliché of Austin music being hippie music and/or blues. It was an opportune time for something new to happen.”

It’s hard to imagine, especially since in the past decade Austin has become a sort of Mecca of cool — with a deep music scene and Alamo Drafthouses for the cinephiles — that residents are attempting to “keep weird.”

The band was born of conjecture from lead singer, Gary Floyd.

“I started lying, yeah, I got a band called The Dicks.”

They were a poster band, just a made up name that would show up on flyers and posters for shows around Austin. From Floyd’s ruse, an actual band was formed with original members Floyd, Glen Taylor on the guitar, Buxf Parrot on bass, and Pat Deason on drums.

The Dicks combined the hardcore sound with the sardonic silliness of the Ramones and plenty of social and cultural ideology of Minor Threat in three-minute blasts of unbridled, distorted energy.

Floyd was one of the first openly gay punk singers of the era, a behemoth of a man clad in make-up and a nurses dress, singing songs about anonymous sex in “Saturday Night At The Bookstore.”

The band became known for their drunken live performances. “They were always great, but they were always kind of shambolic,” explains Henry Rollins in the documentary.

“It had never occurred to me before seeing The Dicks that being afraid of the band could be a cool idea,” states David Yow of Jesus Lizard.

The Dicks became fixtures of the small but loyal Austin scene, often gigging with other hardcore bands from the Lone Star state such as MDC, The Offenders, and The Big Boys. The group released their first single, “Dicks Hate The Police,” beating both N.W.A and Body Count to the punch by eight and twelve years, respectively.

The documentary, The Dicks From Texas, was released as a 16-year labor of love from film student and fan of the band, Cindy Marabito. The Dicks From Texas has an appropriately D.I.Y feel to the proceedings, with most of its interviews conducted on grainy VHS, in noisy bars, busy streets, and darkened bedrooms, places The Dicks and their fans appear to be the most comfortable.

Sometimes the interviews are hard to hear and subtitles are provided, but if you know The Dicks, this is exactly how a Dicks documentary needs to look.

Archival footage of Dicks shows are combined with photographs, old flyers, and interviews with former members of the group, other “poster bands” from the area such as The Torn Panties and fans (some of whom moved to Austin because of the Dicks and have remained in Texas) not only provide insight into the Dicks’ career, but provides those who weren’t there — which is most of us — with a snapshot of a scene.

It’s a treat watching all these elder statesmen and women reminisce about their old haunts and the bands that they loved.

The original lineup (save for deceased guitarist Glen Taylor) got back together in 2004 and have since filled Taylor’s spot with Austin musicians such as Mark Kenyon, Brian McGee, and Davy Jones.
The Dicks’ influence can still be felt today in hardcore punk and the “queercore” movement that some would credit them with starting.

Posted by Pit Bulls and Other Animals at 2:22 PM No comments: 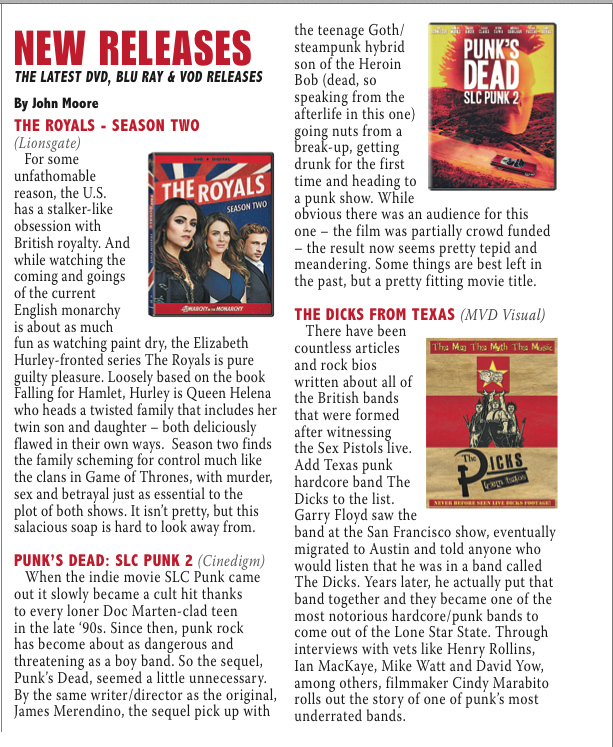 Posted by Pit Bulls and Other Animals at 12:37 PM No comments:

What happens when Wilco, Michael Jackson and the Dicks walk into a bar? 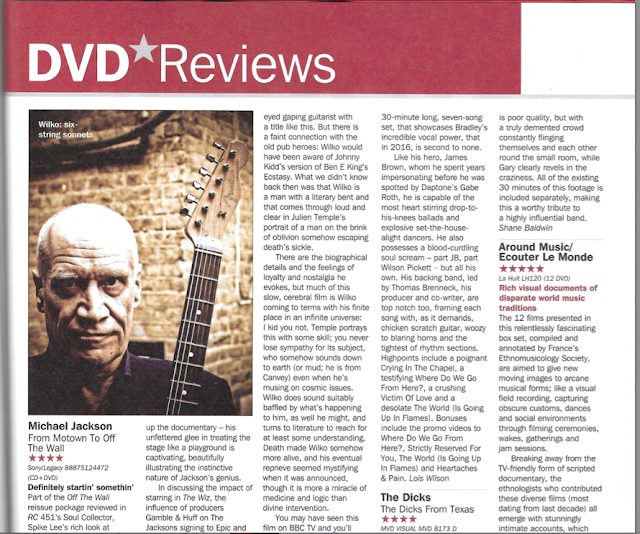 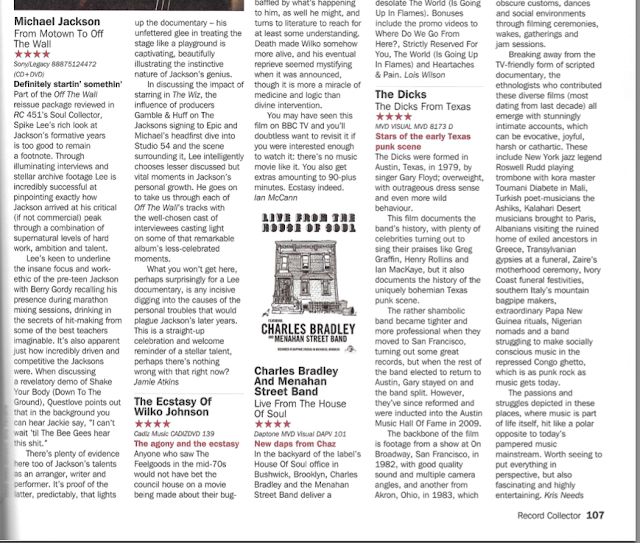 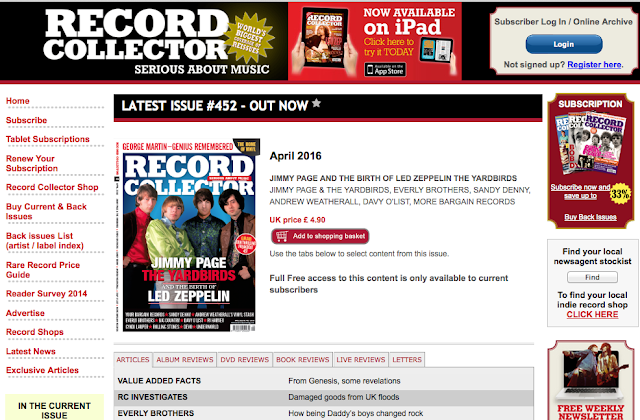 Posted by Pit Bulls and Other Animals at 2:06 PM No comments: 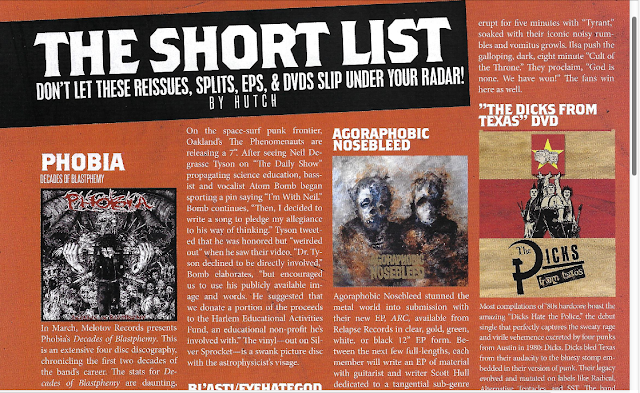 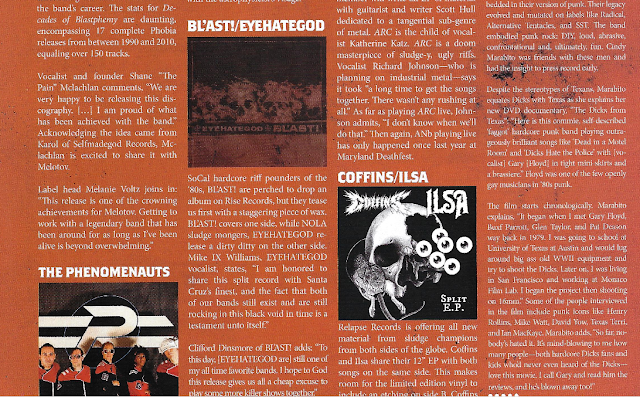 http://mvdb2b.com/i/press/MVD8173D/NEW_NOISE.pdf
Posted by Pit Bulls and Other Animals at 11:38 AM No comments:

Winnipeg Sun The Dicks From Texas 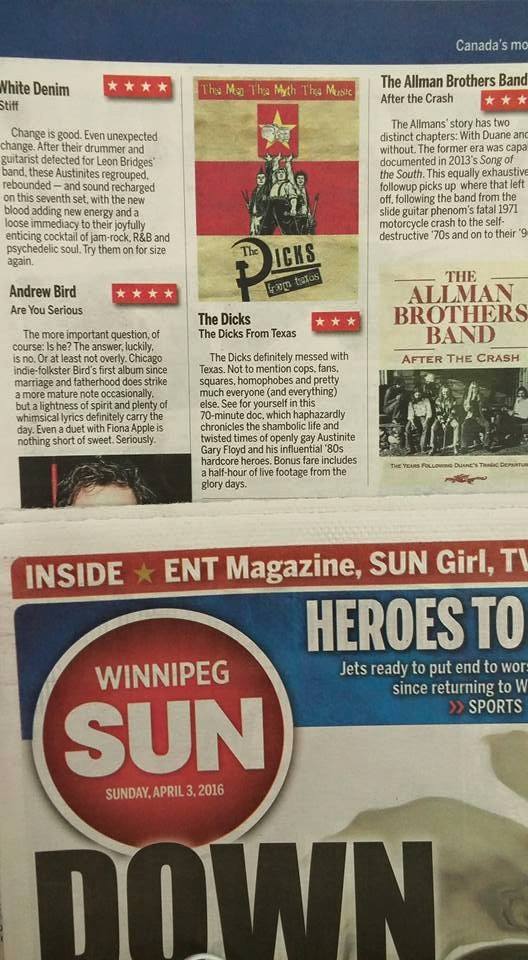