The Dicks From Texas REVIEW from LOVE and Pop!!! 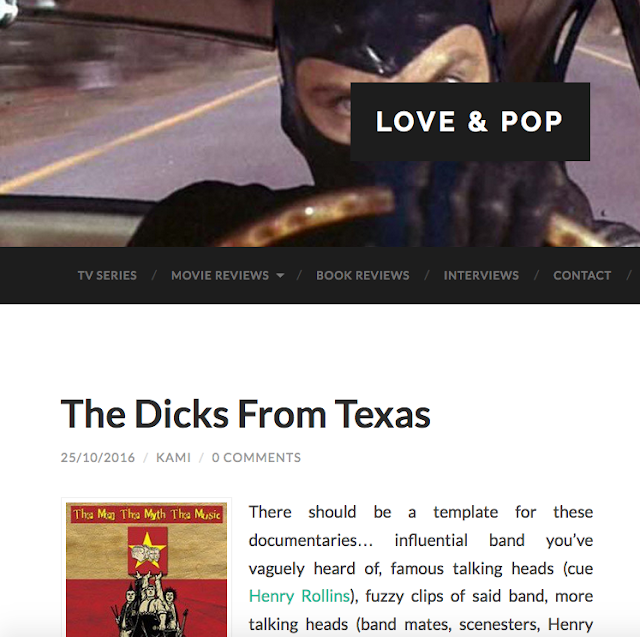 There should be a template for these documentaries… influential band you’ve vaguely heard of, famous talking heads (cue Henry Rollins), fuzzy clips of said band, more talking heads (band mates, scenesters, Henry Rollins) etc etc.  That said, this is The Dicks and they kicked arse!

Led by the charismatic Gary Floyd, The Dicks, along with The Big Boys, blew a hole in the Austin Tx punk scene with their attitude, their gumption and their sound.
Probably best known for their 1980 tune The Dicks Hate The Police (later covered by Mudhoney) this was a loud, aggressive band that yes, hung with Black Flag and Minor Threat (hence Henry’s mug and Ian MacKaye’s appearance – as well as Texas Terri and David Yow amongst others) but more importantly had a rather portly gay man as their front man, immediately shattering the punk rules whilst creating a raw, bluesy, rock and roll/punk sound that still sounds relevant today.

The film is a labour of love from Cindy Marabito and more than a fan’s view this is an insider’s view of the band, with friends who were there right from the start.
As such, you can forgive the sound problems and the way Cindy will occasionally just assume you know who they are talking about when a name is dropped into the conversation because really we are just eavesdropping on conversations and reminisces.  So yeah, this doco fits the template but there’s that personal touch that makes it just a little more ‘real’.

With a bonus half hour of live footage from 82/83 that is raw and powerful this film is a great tribute to the band but a great introduction for new fans as well.  And that’s all a documentary maker could really wish for.
Special Features:


Available on DVD from MVD Visual.


Posted by Pit Bulls and Other Animals at 11:08 AM