FILM REVIEW: The Dicks from Texas 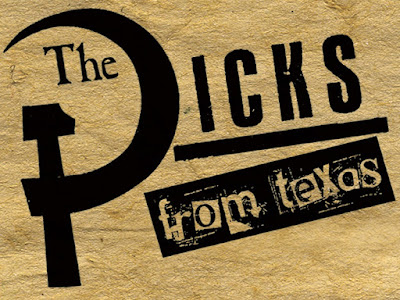 When it comes to documentaries, a fascinating subject can often compensate for a lack of style or technique, and that goes double for music docs. It's a category built on outsized personalities, archival footage and killer soundtracks, all of which can go a long way toward covering up the cracks in an otherwise clumsily made film. And since the viewer is there for the musical content as much as the craft, if not more so, a bad movie about a good band can still be worth watching in a lot of ways, and that's certainly the case with The Dicks from Texas, just released on DVD courtesy of MVD Entertainment.

If having a good subject is half the battle, the film certainly has that aspect covered. Though one of the most interesting early purveyors or American hardcore, the Dicks have long been criminally under-examined in the seemingly endless march of punk-era chronicles. That's probably because the Austin provocateurs' unusual music set them apart from the wider scene almost as much as geography did. A roiling mix of seething anti-authoritarian politics, blunt LGBT themes and profane gallows humor, all bubbling up through an unhinged, beer-and-blues-drenched din that is at once smart and as subtle as a fist, it was menacingly alien compared to the taut sounds of Los Angeles or DC.

Featuring plenty of interviews with the original members, as well as punk-doc regulars like Ian MacKaye and Henry Rollins, the film does a decent job of recounting their tumultuous, short-lived anti-career, their lives thereafter and, of course, the inevitable reunion shows. Unfortunately though, while it boasts just enough interesting stories and vintage footage to keep you involved, the low-budget film, directed and produced by Cindy Marabito, is also rather amateurishly shot and put together, full of grainy, poorly lit talking heads and student film-style editing. As such, It's hardly the documentary the Dicks deserve, but ultimately the band itself is engaging enough to distract you from the film's many flaws.

Posted by Pit Bulls and Other Animals at 1:56 PM No comments: